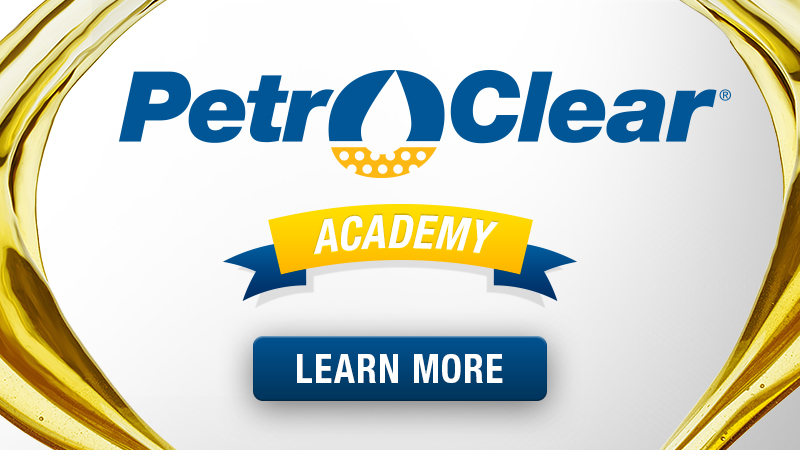 Understanding the Dangers of Phase Separation in Ethanol Blends

As more and more ethanol is introduced to the motor-fuel supply chain, handlers need to be aware of potential conditions like "phase separation"

While a number of organizational and operational hurdles still need to be cleared before ethanol reaches its full potential as a home-grown member of the nation's motor-fuel supply, there's no denying that the numbers don't lie when assessing the alternative fuel's future. According to figures supplied by the American Coalition of Ethanol, in 2007, actual ethanol production topped 6.2 billion gallons, up from less than 5 billion gallons in 2006 and a nearly fourfold increase from the 1.63 gallons produced as recently as 2000.

There are ethanol-production facilities operating in a total of 28 states (Source: World of Corn - Published 2010).

So, as gasoline-ethanol blends continues to become a more and more prevalent component in our nation's motor-fuel supply system, the importance of its proper handling grows, as well. Because of ethanol's affinity for water, gasoline oxygenated with ethanol is generally not transported in pipelines like traditional motor fuel. Instead, it is added to gasoline tanker trucks at the terminal level in order to keep its possible exposure to water at a minimum.

However, water still has the ability to infiltrate each link in the supply chain, opening the door for potential problems with the shipping of ethanol-oxygenated gasoline or the higher-concentration E85 that is entering the supply network on a more regular basis. According to various reports, ethanol can currently be found in up to 46% of the nation's gasoline supply as a 10% oxygenate, while the number of fueling stations offering E85 for use in flex-fuel vehicles stood at more than 1,300 at the end of 2007.

One of the main concerns in the supply process as the use of ethanol continues to climb is the potential for what is called "phase separation" in gasoline that contains ethanol. Phase separation occurs when enough water contaminates the gasoline, causing the ethanol to attach itself to the water molecules, leaving two distinct layers in the storage tank, a gasoline-only layer at the top and an ethanol/water "cocktail" along the bottom (see Figure 2). As mentioned, this can be a concern at any point along the ethanol production and supply chain, making vigilance in limiting water exposure of the utmost importance.

As noted on Chevron's Web site, while conventional gasoline can dissolve up to 150 parts per million of water at 70°F, the situation is different for gasoline oxygenated with 10% ethanol. This 90% gasoline/10% ethanol blend can dissolve up to 7,000 ppm of water at 70°F. When this blend is cooled, both the water and some of the ethanol become insoluble. Contacting the blend with more water also draws ethanol from the blend. The result, in both cases, is two layers of liquid, an upper ethanol-deficit gasoline layer and a lower ethanol-rich water layer. This phase separation of the gasoline/ethanol mix lowers the octane number and may cause knocking in an engine, while the engine will not run at all on the ethanol/water layer.

As far as E85 is concerned, according to the New England Interstate Water Pollution Control Commission's L.U.S.T. Line bulletin of May 2006, phase separation may also occur in this fuel, but not as often, since approximately 4% water is needed. This is a large amount of water for a fueling system and would often only result under extreme conditions.

Because of this potential for phase separation at any ethanol level, it is imperative that motor fuels containing ethanol not be exposed to water during its distribution or use, making housekeeping at the service station and any other points along the supply chain very important in the prevention of water contamination. Another property of ethanol blends is that they are hygroscopic, meaning they absorb moisture from the air, raising the potential for phase separation during storage if the tank is vented to the atmosphere and is subject to condensation formation as a result of temperature change.

This ability of water to insidiously enter the fuel stream makes it vital that those handling fuels that contain ethanol at any level are extremely vigilant when adding it to or reconciling it with their fuel supply. For example, if a marketer is buying fuel he has to be aware of the potential phase separation properties of adding certain levels of ethanol- or non-ethanol-blended fuels to his supply. If this marketer has a tank containing 3,000 gallons of a 90-10 blend of gasoline and ethanol and adds 3,000 of neat gasoline to that tank (which, theoretically, could contain 30 gallons of water), that would mean the resulting mixture would contain 95% gasoline and 5% ethanol. However, if phase separation of gasoline occurs with 1% water in a 90-10 mixture, studies have shown that phase separation would not necessarily occur with a directly proportional amount of water in a 95-5 gasoline/ethanol mixture.

Also factoring into the equation is the temperature of the product. According to the Renewable Fuel Association's "Fuel Ethanol Industry Guidelines, Specifications and Procedures," the amount of water tolerated by a gasoline/ethanol blend is directly dependent upon product temperature. The lower the temperature, the lower the water tolerance, meaning that at 60°F a 10% ethanol blend will tolerate approximately 0.5% water. However, at 10°F that tolerance can be reduced to approximately 0.3%. Because of these properties, an E10 fuel system that is near its saturation point at 60°F may experience phase separation if there is a sudden reduction in temperature.

When dispensing fuels containing ethanol, proper filtration is the answer in the detection of phase separation. Special phase separation "alert" dispenser filters have been developed that will notify the operator of the condition by slowing fuel flow to less than 1 gallon per minute. This "slow flow" condition is a signal that water is present and that the tanks should be tested for phase separation.

These alert filters have a construction that features a non-toxic two-part chemical and "super absorbent polymers," or SAPs, designed to detect elevated levels of water as the fuel tries to pass through the filter. When this phase-separated fuel reaches the reactive chemicals, the SAPs expand and the filter generates a barrier that slows the flow and keeps the phase-separated fuel from passing.

In order to ensure that their water-detecting properties are used to their maximum capabilities, these phase-separation-sensing filters should generally be changed after six months in service, after dispensing 500,000 gallons of fuel, at any point when a reduction in flow rate is detected, or at any time the fuel-load composition is changed.

Handlers of fuels containing ethanol also have to remember that high concentrations of ethanol will scour tanks, hoses and other fueling components, resulting in a lot of contaminants being thrown at the filter. Because of this, filters should be changed more often when tanks are being converted from gasoline-only use to being used with fuels containing any level of ethanol. Before this conversion, it is also wise to dry out wholesale storage tanks and properly prepare retail storage tanks and dispensers for the new fuel.